Apple’s second-generation AirPods Pro are finally close to launch, expected later this year. If you’re considering upgrading to the new AirPods Pro after they’re released, read on for a list of five new features.

In addition to brand new features, the second-generation AirPods Pro will likely adopt some of the features that were added to the standard AirPods last year.

According to Apple analyst Ming-Chi Kuo, the new AirPods Pro will feature a “significantly upgraded” wireless chip compared to the H1 chip in the original AirPods Pro. Considering the improvements, the new chip can be called the “H2 chip”.

Kuo didn’t elaborate on what benefits the new chip will provide, but given that the H1 chip supports audio-related functions, the upgraded chip in the second-generation AirPods Pro may improve sound quality, latency, active noise cancellation, transparency mode, features powered by Siri, and more Wait.

While there aren’t any firm rumors of longer battery life for the new AirPods Pro, given that it’s been nearly three years since the original AirPods Pro launched, it’s reasonable to expect improvements in this area. 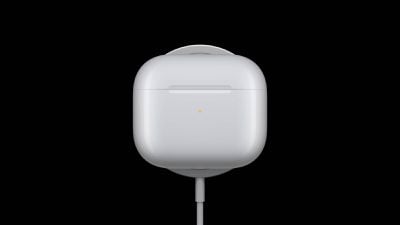 The new AirPods Pro charging case may also have IPX4 water and sweat resistance like the third-generation AirPods case. Currently, only the AirPods Pro earbuds are waterproof, not the case.

The charging case is expected to stick with Lightning until it switches to USB-C in 2023.

Apple says the skin-detection sensor “accurately identifies whether the AirPods are in the ear — not in a pocket or on a desk — and pauses playback when removed.”

May 2021, BloombergMark Gurman and Debby Wu reported that the second-generation AirPods Pro will include “updated motion sensors with a focus on fitness tracking,” but the report didn’t provide any further details about the feature.

The AirPods Pro already feature a motion-detecting accelerometer, and improvements to that sensor could allow for some fitness-tracking capabilities, but Apple’s exact plans remain to be seen. In a potentially related note, iOS 16 allows the Fitness app to be used on the iPhone without an Apple Watch.

Back in 2020, Gurman and Wu reported that Apple had tested a more compact design for the new AirPods Pro that would eliminate the stem under the earbuds, similar to the Beats Studio Buds. However, recent rumors suggest that the second-generation AirPods Pro won’t have any major outward-facing design changes.

AirPods Pro was launched in an Apple Newsroom press release on October 28, 2019, and launched two days later. The new AirPods Pro are expected to launch by the end of 2022, with September or October the most likely two months for the earphones to be released. The AirPods Pro are currently priced at $249 in the US, though resellers like Amazon and Best Buy regularly discount them.